In my last entry, I talked briefly about Terry Eagleton and my foray into Marxism. I’m just getting started, and I must openly admit that I have not actually read Das Capital or The German Ideology. That’s coming this summer when I take Ted Friedman’s Post-Marxism course. Thank goodness my buddy Nick Sciullo will be there to tell me when I’m saying something crazy (or to get me to just say even crazier things than normal).

This time around, I read an excerpt by Marx called “Social Being and Social Consciousness” – in which he talks about the relations of production and of material productive forces. What I find myself most interested in is how he addresses consciousness: “It is not the consciousness of men that determines their being, but, on the contrary, their social being that determines their consciousness” (31). To me, this is a reminder that Marx is not lucky enough to be smacked in the face by post-modernism every time he opens a book, or has a coffee house conversation. And as I begin this journey, I need to keep in mind that the rhetorical situation surrounding the information I’m sponging up. 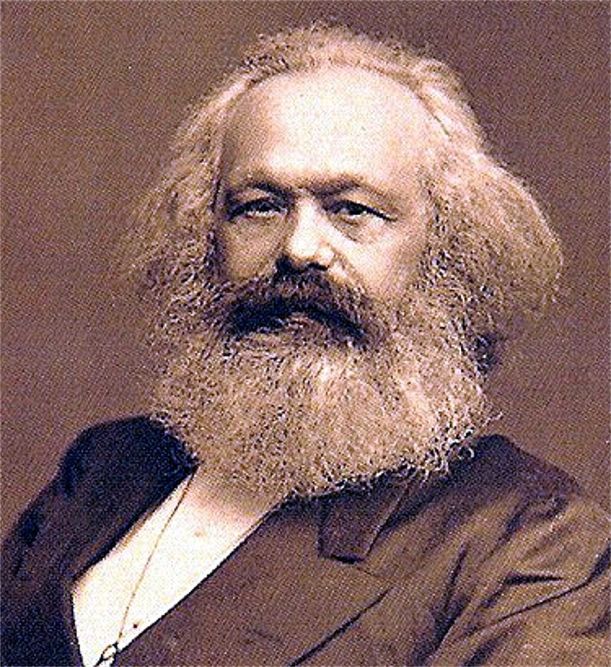 Moving from the speck of Marx above to Engels’s micro-discussion of Vulgar Marxism, and Realism, I am caught by his use of the term ‘real life.’ I’ve always struggled with the designation of the real – especially when I am informed that I don’t live in the ‘real world’ – as though somehow my status in academia means I don’t eat, sleep, or need to make a living since my life is somehow less ‘real.’ That quibble aside, Engels brings in important historical distinctions that include the real: “According to the materialist conception of history, the ultimately determining factor in history is the production and reproduction of real life” (39). Later on the page, Engels (thankfully) defines realism, saying that it “implies besides truth of detail, the truthful reproduction of typical characters under typical circumstances” (39). This, however, does nothing to clear up my issues with the way we, today, use the word ‘real,’ except in that even the academy must produce and reproduce in real ways that relate to relations of production and labor forces. Especially when we apply this to the ways in which we create and provide labor in the lower division composition classrooms.

But I’ll save that conversation for another day.